SHOP
Menu
March 1, 2021 | Written by guest contributor Pam Nurrie
The history of screen-printing is as rich as it is old. During the Song Dynasty (960-1279 AD), screen-printing originated in China to transfer designs onto fabrics. An interesting fact is that the Song Dynasty was the first nation to issue paper money. Japan was one of the first Asian countries to start using simple stenciling techniques to create images on fabric. They first cut stencils out of paper, used a mesh woven from human hair, and then forced the ink through the mesh onto the fabric with stiff brushes.

Screen-printing—a technique that uses mesh and ink-blocking methods developed after stenciling. About 41,000 years ago, people created hand stencils utilizing a wide range of designs. Stenciling and screen-printing have a lot in common. The earliest form of artistic expression evolved into the screen-printing process, which covers the walls of European caves.

By the 19th century, silk was more available and grew in popularity and was the beginning of what became known as the silkscreen method. In the early 1900s, Roy Beck, Charles Peter, and Edward Owens became famous for revolutionizing the commercial screen-printing industry by introducing photo-imaged stencils to screen-printing.

By the 1960s, Pop artists such as Andy Warhol, Peter Blake, and LeRoy Neiman used screen printing (mostly serigraphy) as an element of their art. The serigraphy process involves covering portions of silk with a coating. The silk is stretched on a frame and attached with hinges to a baseboard. Then, the window for the image is masked with tape and coated with shellac or glue. Any part of the exposed silk left the design in which ink or paint is pressed through the mesh using a squeegee or brush.

Andy Warhol’s famous depiction of Marilyn Monroe called Marilyn Diptych, is made of two silver canvases in which he silkscreened a photograph of Marilyn Monroe fifty times. Diptych is the process of using two flat plates which form a pair. The work is said to invite the viewer to worship the legendary icon, whose image Warhol plucked from popular culture (a publicity photograph for the 1953 film Niagra) and immortalized the photo as art. People say he has created an icon of an icon. Screen printing can be done on all types of products and materials, with multiple inks to provide a range of effects and color saturation that give projects a unique twist with instant recognition. Let us know if we can help with any questions you may have about our screen-printing capabilities. 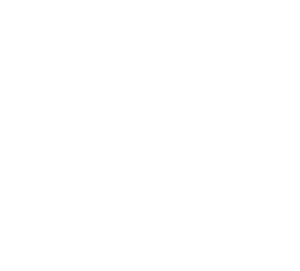 Leader in the Custom Decorated Apparel Industry since 1966

Leader in the Custom Decorated Apparel Industry since 1966